Will TurboTax Continue Its Market Domination In The 2020 Tax Season

I'd like to say that it looks to me like TurboTax will continue its market domination into the 2019 - 2020 tax season as it continues to corner the largest share of the market by any tax preparation service.

Fact is, one of the biggest losses of market share came from H&R Block last year as their business shrunk due to a reduction in the consumer use of their tax software, as well as their HR Block tax professional services.

Fact is, they seemed to be a bit of a doofus operation to me as they focused way too much on the dying professional tax prep market instead of being more diligent on pushing their online tax preparation and tax software programs.

Due to that HR Block lack of direction, and along with a ever stronger growing campaign, TurboTax had a big jump as it increased its sales dramatically right out of the gate in the beginning of 2019.

As far as market share is concerned, statistics show that TurboTax is getting most of the meat and potatoes while the rest of the competition is forced to settle for carrots and celery. Ok if your a veg-head, but hard to survive on just a few bits of fiber.

This big jump in TurboTax sales last year was largely attributed to their online tax filing services where a 12% increase was recorded early on. Now that is some serious meat and potatoes in this multi billion dollar industry. 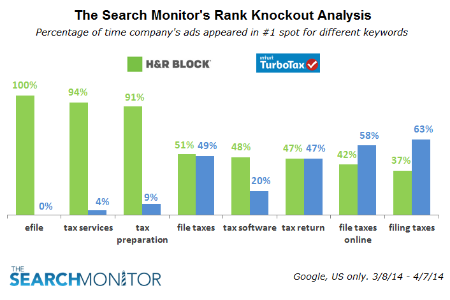 Other factors like the aggressive marketing campaign that TurboTax put on showed an obvious intent to dominate the search engine results, as well as the advertising space on tv advertisement.

All these avenues of attack certainly helped those bottom line growth numbers rocket into the stratosphere, leaving crumbs for the rest to gather.

Seems to me that TurboTax has adopted the Larry the gable guy attitude to get-er-done in a big way. Whatever it is, it's working!

Growth Predictions For TurboTax In 2020 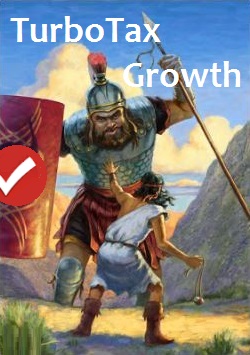 Expect more of the same from TurboTax, but most likely not as dynamic as 2019.

Fact is the pain was felt by H&R Block, and they are doing their best effort of putting their noses to the grind stone, a very necessary approach if they don't want to fade into oblivion.

So as the tax season ramps up into high gear, expect another big surge in marketing from TurboTax the market leader again this year.

This company is turning out to be the Goliath of the industry, and unless the rest of the competition can come up with a bunch of David's to cast stones, TurboTax will pounce on them again.